The consumers with mortgages that include the IRPH index are still waiting for the decision of the European board in order to know whether this index will eventually be considered abusive, and therefore claimable. Instead of waiting, our experts evaluated all possibilities to proceed with the IRPH lawsuits and as result we have achieved court orders cancelling the IRPH index and will be substituted by the EURIBOR index.

Legalbono has managed over thousands of claims with a 99,9% success rate. Within our claim portfolio you will find banks, airlines, insurance companies, governmental bodies… Being the following claims most requested by our clients:

The last mortgage claim mentioned in relation to the IRPH index, is one of the claims we are most keen on as the Supreme Court positioned itself in favor of the banks, but afterwards the attorney of Tribunal of European Justice (TJUE) contradicted this decision and voted in favor of the consumer. Therefore, there exist some uncertainty until the European board pronounced itself.

Our team consists of a variety of experts, amongst them with the area of bank and financial claims, we have been able to obtain that the Provincial court of Barcelona declares the early repayment charge, the interest rate, and most relevant, the IRPH index as abusive. As a result, the Euribor index will used as a reference from now on instead of the IRPH. In other words, our client affected by the IRPH index won his battle against the bank, in the case CaixaBank, and recuperated the amounts overpaid as well as reduced his future mortgage payments.

What our experts have accomplished is an epic event as it is the second resolution canceling the IRPH index on national level.

Although it involves an enforcement procedure, it does not make it less surprising neither less innovative, as the provincial court number 4 of Barcelona decided explicitly not to apply the decision dictated by the Supreme court.

What does this mean?

Considering the above and as mentioned before, lots of consumers affected by the IRPH index are impatiently waiting for the final decision of the European tribunal of Justice. The results are evidence of the cancelation of the IRPH index being a fact.

Having reached this point leaves the consumers who are affected with two options: wait for the final decision of the European tribunal of Justice or being ahead of the expected judicial collapse and claim with us. Legalbono entails a no win no fee policy without any upfront payments. By starting the IRPH claim with us is a win win situation. Moreover, it is interesting the mention that merely having a mortgage is reason enough to claim. We are referring to the set-up fees corresponding to the constitution of your mortgage.

And you, do you prefer to wait or to act? Let´s join forces and claim the IRPH index of your mortgage. 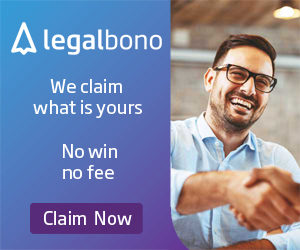